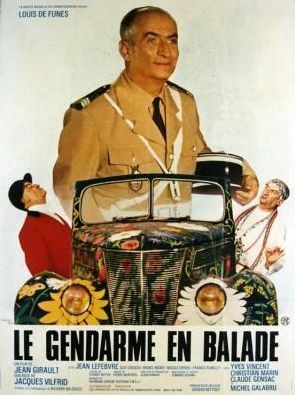 Cruchot is Putting the Band Back Togethernote spoilers , it goes From Bad to Worse

Le Gendarme en balade (The Gendarme to Stroll) is a 1970 French comedy film starring Louis de Funès and Michel Galabru, and the fourth installment of the Gendarme de Saint-Tropez series.

The gendarmes are forced into retirement to make way for a younger breed, and they don't react very well to it. Even so, when they learn that one of them has had an accident and has become amnesiac, they reunite to help him get his memory back.