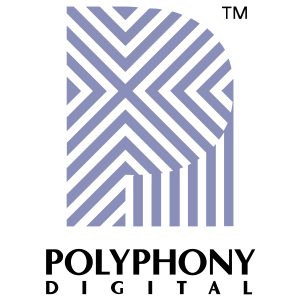 Polyphony Digital, Inc. is a long-time Japanese game developer owned by Sony Computer Entertainment, best known for the Gran Turismo. While the studio in its current incarnation was founded in 1998, its inception dates back to 1994 as Polys Entertainment, which used to be a small group within the early days of Sony's gaming division.

As of 2021, Polyphony Digital is one of Sony's oldest teamsnote With the disbandment of SIE Japan Studio in April 2021, Polyphony is Sony's oldest internally-founded studio. Their first two games (as Polys) were Motor Toon Grand Prix and its sequel, the former which wasn't released outside of Japan. While the second game received favorable reception, it wasn't until the Gran Turismo series that Polyphony was born.

1997's Gran Turismo was the labor of five years in development and quickly became one of the biggest killer apps of the PlayStation brand. That game's success secured Polyphony's existence as its own entity, and the studio has been working on the Gran Turismo series ever since. It is Sony's best-selling franchise with over 80 million copies sold, and main entries regularly sell between 5 to 10 million copies.

As Polyphony Digital, they have only strayed away from the Gran Turismo series twice. The first one was Omega Boost, which to this day remains their only non-Driving Game title; instead, it's a Mecha Game. Their other title is Tourist Trophy, an attempt to explore the Driving Game genre through CoolBikes. While neither game reached the acclaim and popularity of Polyphony's Flagship Franchise, they remain CultClassics.