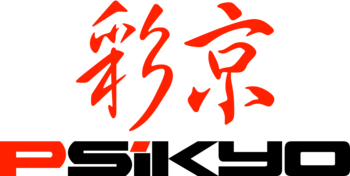 Following financial troubles, Psikyo was acquired by X-Nauts in 2002. X-Nauts primarily released Compilation Rerelease of Psikyo's shmups, low-budget 2D games and a Sequel of Sengoku Ace series (Sengoku Cannon: Sengoku Ace Episode III) before itself going bankrupt in 2005. Recently, a whole decade after the bankruptcy of both companies, X-Nauts decided to license the Psikyo games to anyone they could find, resulting in a LOT of Psikyo games being released on mobile devices (sometimes with multiple versions from different companies). At the end of 2017, Japanese developer Zerodiv started releasing ports of Psikyo's games to the Nintendo Switch for eShop and in 2018 as physical games by H2 Interactive under the publishing of Arc System Works.

Hardcore Gaming 101 has reviews for various of the games they made, as well the ones by X-Nauts