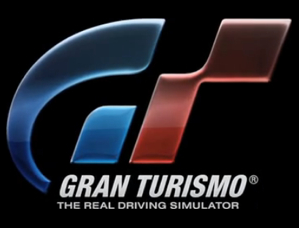 "I want to drive my car on my television."
Kazunori Yamauchi, game design pitch

A long-running driving game franchise by Polyphony Digital on Sony consoles, starting on the PlayStation in 1997.

The games are known for their high production value and visual fidelity. Each game has a large selection of cars for the player to purchase, from second-hand classics to cutting-edge modern cars and sometimes beyond, into concept car territory.

The player must earn the right to compete in harder races by passing license tests that teach proper racing techniques, such as using racing lines and late braking.

While not a full-on simulation (as it lacked car damage in earlier titles among other things), the handling model of the game is definitely at the realism end of the spectrum, the game's subtitle being 'The Real Driving Simulator'.

The game has been challenged by Microsoft's Forza series of games, which use the same basic formula but adds in custom paint jobs (until Sport came along), car damage and (in the Horizon series) open worlds, at the (initial) expense of a huge car list.

Not to be confused with Gran Torino or Grand Theft Auto.