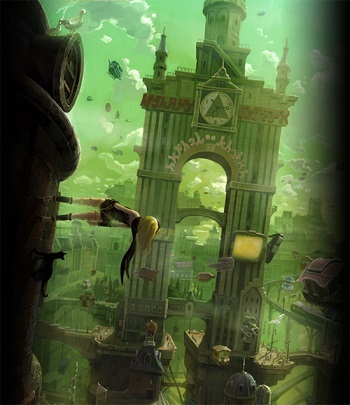 Set in a floating city-state known as Hekseville, the player takes control of Kat, a young woman suffering from amnesia, who gains the ability to control the gravity around her from a mysterious cat. The gravity-controlling mechanic can be used to fly through the air, walk on walls, and thrust devastating kick attacks towards enemies. Gravity Rush also boasts some role-playing game elements, such as powers and abilities to level up, side quests to undertake, optional villains to fight, and large worlds to explore.

The game received critical acclaim and is considered to be one of the essential games on the PlayStation Vita. A PlayStation 4 sequel, Gravity Rush 2, was released on January 18-20th, 2017. Kat also became a Downloadable Content fighter in Playstation All Stars Battle Royale.