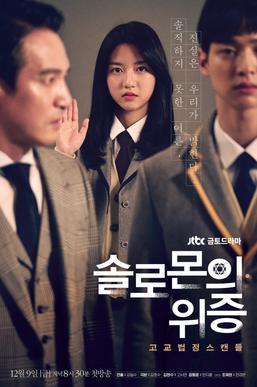 A few weeks after a major fight breaks out in the science lab, one of the participants was found dead at the school. Authorities concluded that the student killed himself in a fall though there has been some rumours that other participant of the fight is the culprit. A group of students decide to hold a class trial in order to uncover the truth about the incident.

Originally a novel by Miyuki Miyabe, it has 2-part movie series and 12-episode drama. Currently, the drama is available internationally on Netflix.