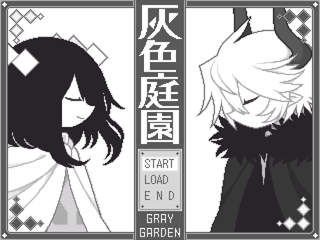 A world where angels and demons live in harmony.
Advertisement:

Long ago, angels and demons were at war. One day they made the decision to co-exist and live in harmony. A long period of time had passed and the two sides lived in peace.

Yosafire is a cheerful demon girl enjoying an easygoing life with her friends. Until one night when she gets attacked by a mysterious flaming bat from another world. After that, Yosafire and her friends set out to stop an oncoming invasion by Ivlis, the Flame Devil, and his demons of the Flame World, and protect the peace of the Gray Garden.

. See also Wadanohara and the Great Blue Sea and Mogeko Castle, both also made by Mogeko.

It was confirmed that it will be a trilogy, with a prequel and a sequel to be announced.