Video Game / Glitch In The System 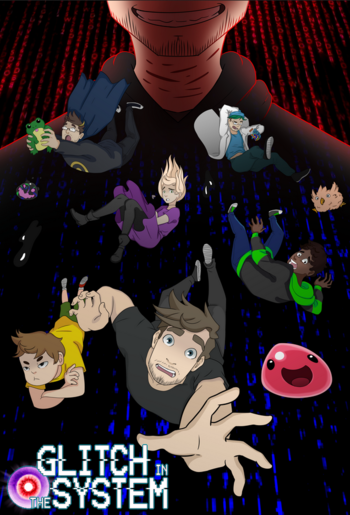 "Glitch in the System" is a fan game created for Youtuber and Let's Player Jacksepticeye, as well as for his community. Created by Sarcastic Pasta Games, the game is a sequel to The BOSS: A Jacksepticeye Fan Game.

Approximately one year after the events of "The BOSS", Jack once again finds himself pulled into Wireland. But things have changed since his last visit: characters keep disappearing, games are stitched together haphazardly and weird glitches can be found around almost every corner. The person behind all of this seems to be Jack's villainous alter ego Antisepticeye (Anti for short), but what does he hope to achieve with this madness? And can Jack, Billy, Jenny and Cliff stop him, before all of Wireland is destroyed?

Like its predecessor, "Glitch in the System" is a top-down adventure game created in RPG Maker VX Ace, with several features such as:

Not to be confused with Metal Arms: Glitch in the System.