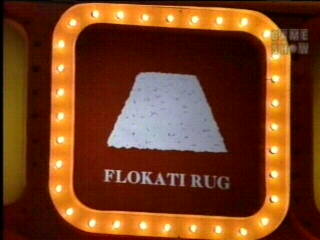 Could I have the Whammy instead?
Advertisement:

Sometimes on a Game Show, a prize is just so stinkingly bad that the contestants actively try not to get it. These aren't Zonks, or "prizes" that signify that you've lost — they're honest-to-goodness real prizes made by legitimate companies that the show's producers actually thought someone would want. You don't feel like you've won anything when you win these, and in some cases you'd think the Zonk was a better deal. Or the Whammy. Or the trapdoor, even.

In other cases, the prizes themselves aren't bad, but the circumstances can render them undesirable. For example, a lot of people might like to win a Jet-Ski or a boat, but if you don't live near a decent body of water (like a lake or ocean), it can be a little underwhelming. Similarly trips to places such as New York City aren't quite as exciting if you actually live there. Because of this kind of thing, most game shows will, behind the scenes, allow you to decline unwanted prizes (and the associated tax hit) without affecting your official win total, or request to receive the prize's cash value insteadnote (if available in your area; most game shows in the US do not offer cash value, and only permit you to decline accepting the prize).

To clarify: in order to be an "undesirable prize", it has to a) have more than token value and b) be offered in good faith by the giver. Otherwise, you have a Zonk. For moments where the prize for the runners-up are better than the winner's, see Second Place Is for Winners.