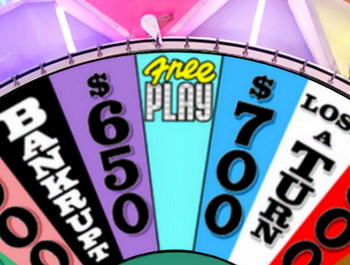 A condition in a Game Show which provides a contestant with additional winnings or a superior position in the game. This covers such things as monetary multipliers or high-value prizes such as vacation packages (a popular choice), or even just a small monetary addition or a rule modifier. Sometimes it'll provide access to a Progressive Jackpot.
Advertisement:

Bonus Spaces are usually hidden and/or must be encountered by chance; but this is not always the case.

The polar opposite is the Whammy.