Literature / Murder on the Leviathan 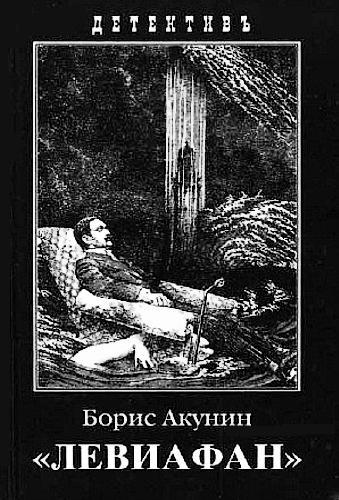 Murder on the Leviathan (Russian: Левиафан, "Leviathan"), is a 1998 Russian novel by Boris Akunin. It is the third novel in the popular Erast Fandorin mystery series.

The novel is set in 1878. It starts with a horrible crime in Paris: Lord Littleby, collector of rare Indian antiquities, was murdered, his skull caved in by someone wielding a statue of Shiva. Worse, all seven of Lord Littleby's servants and two children of the servants are also murdered, poisoned by injections. French police inspector Gustave Gauche has one vital clue: left at the scene of the crime was a first-class passenger pin from a cruise ship, the Leviathan, en route to Suez and the East.

Gauche boards the ship in order to catch the murderer, and finds a colorful array of suspects. They include:

Unfortunately it turns out that Gauche is a terrible detective, a hopeless bumbler. His various hypotheses are continually shot down by a far, far more competent detective—Fandorin, who eventually is forced to find the killer himself.