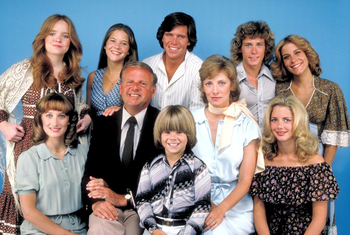 Eight is Enough is an American comedy-drama series running from March 15, 1977 until August 29, 1981 on ABC, centered around the Bradford family with eight children living in Sacramento, California.

The show was modeled after syndicated newspaper columnist Thomas Braden, a real-life parent with eight children who wrote a book with the same name.