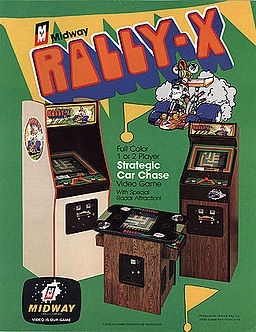 No, it is not a racing game.
Advertisement:

In Real Life, driving is a monotonous chore for most people; the destination is more important than the trip. No one else drives the right way (that is, the way you want them to). Gas is too expensive and so is the price the repair shop demanded when you showed them your broken tie rod. A mere two feet of water can carry your vehicle away and a thin sheet of ice is treacherous, to say nothing of mud. Video games, on the other hand, have Acceptable Breaks from Reality, so driving is a much different experience.

The two most common forms of driving games are Racing Games and Vehicular Combat games, but not all racing games and vehicular combat games will be driving games. Check out those pages for more on them specifically. For other driving games that don't neatly fit there look below.

Driving elements in other games: