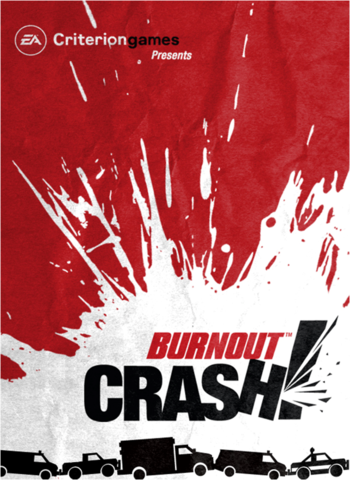 Burnout CRASH! is a digital-only spinoff of the Burnout series focusing entirely on one of its defining features; vehicular crashing. However, it differs widely from its predecessors; it is played from a top-down perspective, allowing viewership of an entire level, Crashbreakers are recurring, and the game features no racing whatsoever. CRASH! was released in 2011 on the Xbox 360 (with Kinect support) and PlayStation 3, and on iOS the next year, a first for the series.