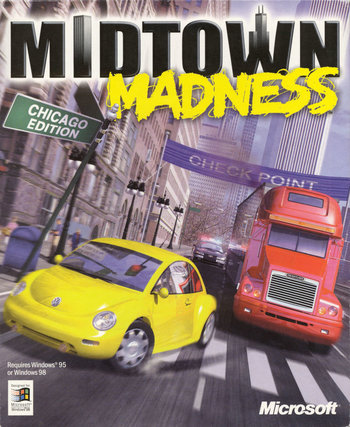 Midtown Madness is a series of racing games based on street racing which includes:

Developed for Windows, the first title was released in April 1999 (while its demo was in May of the same year), followed by a sequel, released in September 2000; these two were developed by Angel Studios and published by Microsoft. Midtown Madness 3 arrived in June 2003 as an Xbox exclusive.

Across the games the goal is run through various races to obtain new vehicles.