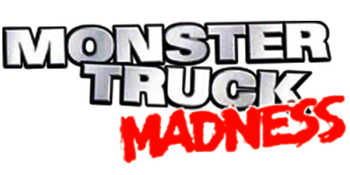 The Monster Truck Madness series as a whole contains the following tropes: