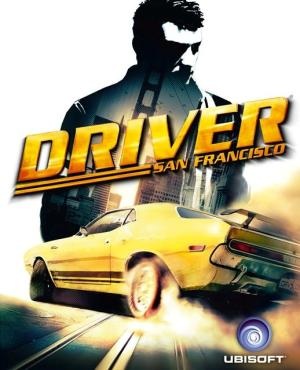 Detective John Tanner is having a bad day.
Advertisement:

Released in 2011, Driver: San Francisco is the fifth entry in the Driver series. The game takes place in, surprise surprise, the city of San Francisco, in the present day (technically), starring series protagonist John Tanner in the pursuit of escaped criminal Charles Jericho.

Following the events of DRIV3R, Jericho is being taken into custody in an armored truck. Although Tanner's partner, Tobias Jones, insists Jericho's in safe hands, Tanner himself isn't so sure and tails the van just in case. Sure enough, Jericho breaks free of his handcuffs and hijacks the truck. During his escape, Jericho slams Tanner's car with the truck and pushing him to be t-boned by an incoming semi, causing Tanner to enter a coma. From here on out, the game takes place in Tanner's coma dreams, influenced by the news broadcast in his hospital room, in which he continues the chase for Jericho through San Francisco.

He does this via "shifting", the game's main gimmick, which allows him to Body Surf into any driver of any car in the city, taking control of their bodies. From here on, John uses his newfound powers to help the people of the city, gather clues, work undercover in Jericho's organization, smash random cars into his enemies, and hopefully realize the truth of his situation and eventually escape.

The game received positive reviews for its unique gameplay as well as its campy, Starsky & Hutch-style tone as well as some Mind Screw thrown in with the coma dream element. It is available on Microsoft Windows (via Steam and uPlay, though uPlay is tied in to the game regardless and this game is no longer available on Steam but users that bought the game can still play it on their account), PlayStation 3, Xbox 360,note Also to add, of the three platforms, the Xbox version doesn't have a online pass because Ubisoft botched the code printing for that game. They decided that the only way to fix this was to make the online pass free for everyone on Xbox Live, essentially making the online multiplayer free for all Gold members. The codes still work to unlock some free content, however. and the Wii.

However, the Wii version is substantially different from the previous versions, to the point the game is practically unrecognisable other than a few characters. Set before the first game, it centers around Tanner and Jones, with a few playable segments as the main antagonists, and is more of a traditional Driver game with some rail shooter elements mixed in.