Literature / Legacy: The Tale of the American Eagle 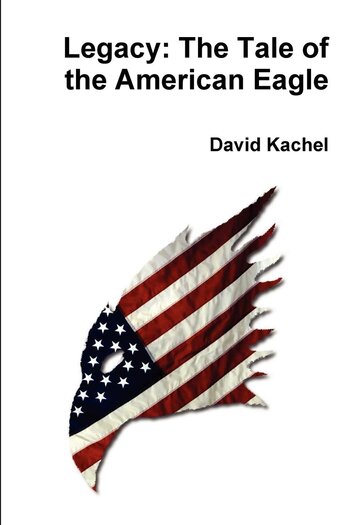 The first novel from Australian author David Kachel, Legacy: The Tale of The American Eagle is a superhero/adventure novel starring a crimefighter known as the American Eagle.

Set in 1993, in a world with various superheroes, supervillains, innocent bystanders and all flavours of magic and science-fiction gadgetry, the novel follows the American Eagle. The Eagle is a man without powers who fights crime and protects the people of St. Theodore with his natural athleticism, combat skills, a utility belt full of crimefighting gadgets and various allies, including Sparrow.

But when Sparrow is killed in the crossfire of two warring drug gangs, it motivates the crimefighter to shift his focus from 'crimefighting' to 'a one man War On Drugs', so he leaves his city to travel the world and engage various drug cartels.

From arresting costumed criminals, and rubbing shoulders with street crime vigilantes, American Eagle will enter a world full of people and powers, a world where superheroes roam the Earth, a world with a long history, and a dark future. And now he has become part of that future, whether he likes it or not.

His crusade to protect humanity from the poisons of drugs, organised crime and corrupt law enforcement will have him meet many colourful allies and dangerous enemies, before putting him on a collision course with a conspiracy to make the transition to the twenty first century a terrible, but memorable one.