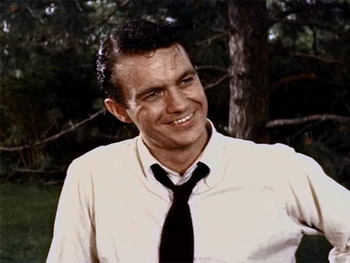 Robertson served Ain the U.S. Merchant Marine during World War II as a Third Officer from 1939 to 1945. He was married to Cynthia Stone and Dina Merrill and had two children, one with Stone and one with Merrill. He died in 2011 at the age of 88 from natural causes.