Billed Above the Title 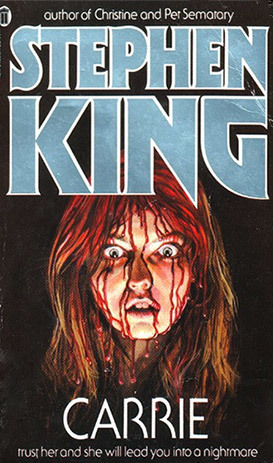 Stephen King by Carrie?
"It has now reached a point where it doesn't entirely matter what the book is about,
just look at the cover

◊... his name is in bigger letters than the title."
— Introductory speech

for a book reading session with Dave Barry
Advertisement:

When a creator — in performed media, usually the lead actor, but occasionally someone with a prominent and memorable supporting role — and (almost) always the most famous person involved in a production — is listed more prominently in the credits and all promotional material than even the title of the work itself.

A trope mostly associated with the cinema, but actually dating back at least as far as 19th-century theatre. Very often, the project in which our actor is appearing is a "star vehicle" — crafted specifically with them in mind. This is especially true in television, where the show itself will likely be named after our star. This is a classic litmus test as to whether the actor is a bona-fide A-lister, or just a prolific character actor or product of the Hollywood Hype Machine.

In most New Media (such as early television, Video Games, and web series, among others), this tactic is used if they manage to recruit someone that people actually recognize, even if by Hollywood standards the actor is fairly low on the totem pole.

This can also apply to non-performed media, such as Literature or Comic Books, with the writer or artist's name taking precedence over that of their latest creation. With writers, it's commonly with those whose turnover rate is only a few months and who sell based more on name recognition (mainly at airports), while artists are the flavor of the month and are jumping from title to title (often even if it's only for the cover).

Note that, in Music, all musicians are billed above the title of the album or single as a matter of course, so please don't add any examples there.

Contrast with: Advertising by Association (when the Creator's past works are included as a Tagline for this work); And Starring (when special attention is drawn to the last creator in a list).