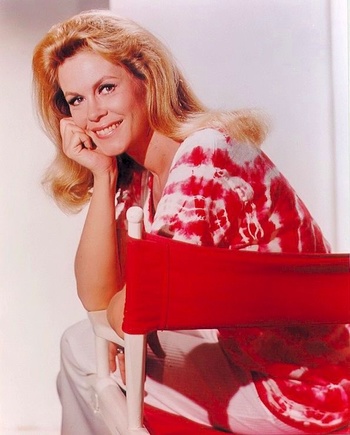 The daughter of actor Robert Montgomery, she began her career in the 1950s with a role on her father's television series Robert Montgomery Presents. After making appearances in live television dramas and series such as The Untouchables and The Twilight Zone, she became known in the 1960s for her role as Samantha Stephens on the sitcom Bewitched.

After Bewitched ended its run in 1972, Montgomery continued her career with roles in numerous television films, pursuing dramatic roles that took her as far away from the good-natured Samantha as possible. She earned nine Primetime Emmy Award nominations in her career, though she never won.

Montgomery was married four times — including to actors Gig Young and Robert Foxworth, the latter after having lived together for around 20 years — and had three children by her third marriage, to Bewitched producer William Asher. She died of colon cancer on May 18, 1995.