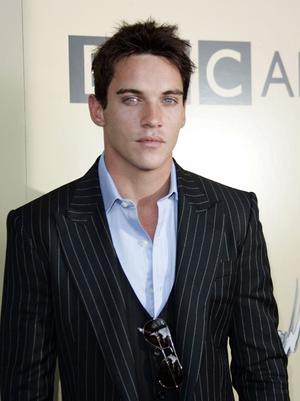 "The hardest part about acting is realizing it doesn't matter."
Advertisement:

He is best known for his portrayal of Henry VIII in Showtime's hit TV series The Tudors, though his first big break came in 1998 in the form of Todd Haynes' Velvet Goldmine, in which he played bisexual glam rock singer Brian Slade, to considerable critical acclaim. Meyers' international fame was boosted after his leading role in Woody Allen's Match Point, and his Golden Globe-winning portrayal of Elvis Presley in the 2005 TV miniseries, "Elvis". He is Dracula in a NBC series based on Bram Stoker's classic tale, and Big Bad Valentine Morgenstern in the film adaptation of The Mortal Instruments.

Not to be confused or related with John Rhys-Davies.

Tropes applicable to this actor's work include: