Film / Ride with the Devil 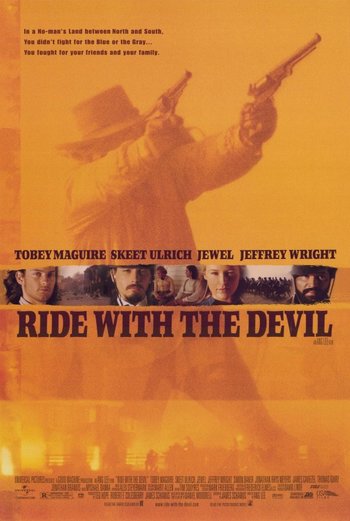 A 1999 Western drama directed by Ang Lee, based on the novel Woe to Live On by Daniel Woodrell. It follows two friends, Jake Roedel (Tobey Maguire) and Jack Bull Chiles (Skeet Ulrich), as they fight with Quantrill's band of raiders during the American Civil War.