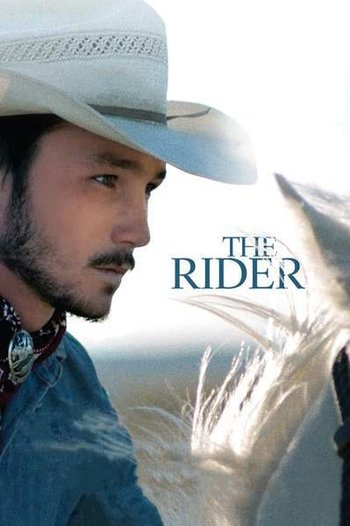 The Rider is a 2017 film directed by Chloé Zhao. It is based on the true story of Brady Jandreau and his family, who play themselves in the film.

Brady Blackburn was once a talented and admired rodeo rider, but an accident in the ring crushed his skull and very nearly caused his death. Brady undergoes surgery and slowly recovers, but his injury slows his ability to return to the rodeo, and the longer it takes the more he begins to question how much value his life will have.

The Rider contains examples of: