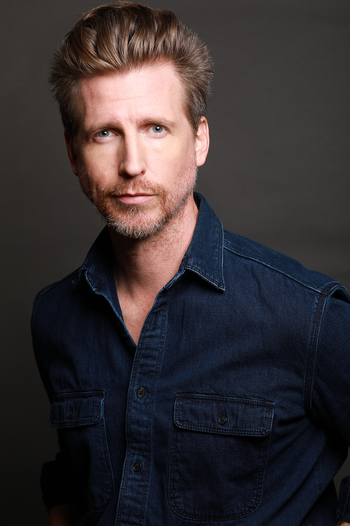 Joshua Dylan Meyers (born January 8, 1976 in Bedford, New Hampshire) is an American actor and comedian best known for his work on Mad TV, That '70s Show, and The Awesomes.

He is the younger brother (though they look like they could be identical twins) of former Saturday Night Live cast member and Late Night host Seth Meyers. Coincidentally, Josh's tenure on MADtv was around the same time that Seth was a cast member on SNL, making this the only time in the show's history that an SNL cast member has a family member (parent, sibling, relative, etc.) who either is or was a cast member on a rival show.