Film / From Paris with Love 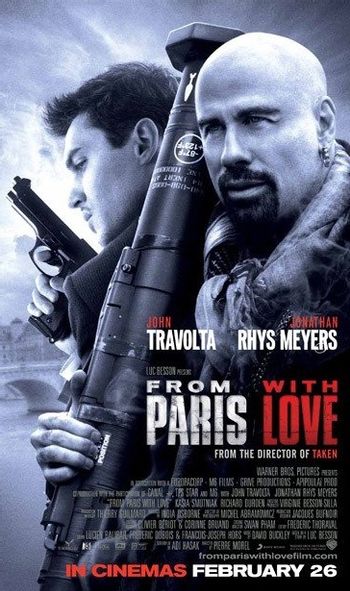 Wax: Nice work, Reese.
Reese: (covered in blood) What's so nice about it?
Wax: How 'bout he's dead and you're not?
Advertisement:

James Reese (Meyers) is the personal aide to U.S. Ambassador in France. Unbeknownst to either the Ambassador or his beautiful French girlfriend Reese is leading a double life as a low level CIA operative. He juggles his responsibilities until he is ordered to team up with brash, trigger-happy, loose cannon Charlie Wax (Travolta).