Literature / The Rest of the Robots 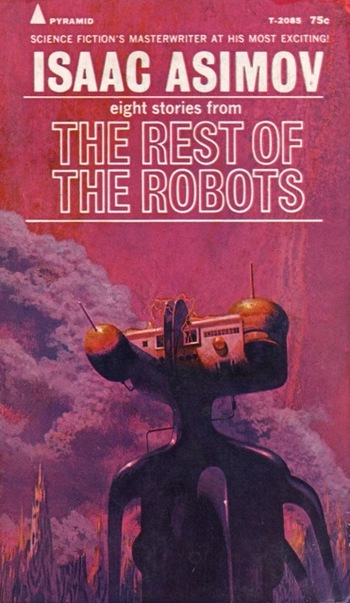 My robots were machines designed by engineers, not pseudo-men created by blasphemers. My robots reacted along the rational lines that existed in their "brains" from the moment of construction.
—Dr Asimov, Introduction

A Science Fiction Genre Anthology/Omnibus published in 1964 by Isaac Asimov, with the help of Doubleday publishing company. Featuring stories from his Robot Series, a much slimmer copy of the book was also published as Eight Stories from The Rest of the Robots, created by absenting the two Elijah Baley books.

The Rest of the Robots contains the following stories:

The Rest of the Robots provides examples of:

Alternative Title(s): Eight Stories From The Rest Of The Robots