Literature / The Return of the Black Widowers 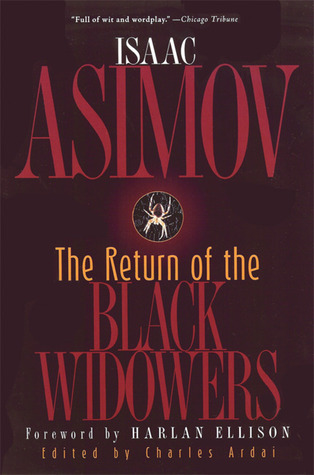 Published in 2003 and edited by Charles Ardai, this book represents the last collection of the Black Widowers written by Isaac Asimov. Each of the previous collections included twelve stories that had previously only been published in magazines and anthologies. Only six new stories had been written by the time Author Existence Failure kicked in, preventing him from finishing the collection.

So the book was entrusted to Ardai, who selected ten "best of" the previously written Black Widower stories, reprinted two additional Black Widower Homages that were commissioned for Ellery Queen's Mystery Magazine, reprinted the "Birth of the Black Widowers" section from I Asimov A Memoir, and convinced Harlan Ellison to provide a foreword (who, in turn, requested "The Woman In The Bar" be included in the collection).

Tropes from the collection: