Literature / Tales of the Black Widowers 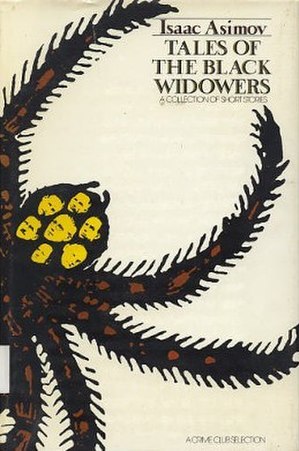 Published in 1974, this book represents the first collection of the Black Widowers written by Isaac Asimov. Most of the stories were originally published in Ellery Queen's Mystery Magazine, but three stories are brand-new, published here for the first time ever!
Advertisement:

The Dedication is given to the three sources of inspiration for the series, along with a special note about the changes suggested by his editor to the stories. The introduction explains how the Trap-Door Spiders, Ellery Queen's Mystery Magazine, and David Ford each inspired the creation of the Black Widowers. Each story is followed by a short afterword to explain how the story was written/changed and how fans had responded to the stories.

Tropes from the collection: