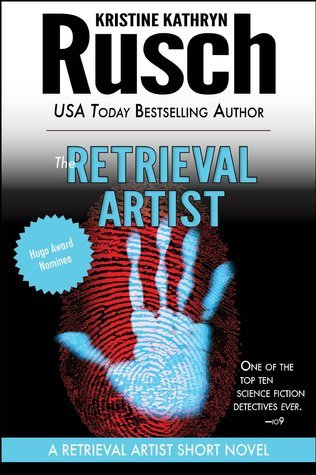 A Science Fiction series by Kristine Kathryn Rusch that can be somewhat neatly summed up by the description "Detective Drama IN SPACE!".

In The Future, humankind has settled the solar system and the stars, met other alien species and formed the Earth Sphere Alliance with many of them. As part of the treaties that the alliance is based on, humans living on alien worlds (and aliens on human worlds) are subject to alien law, with sentences handed down by the Multicultural Tribunal. The problems arise when alien law doesn't line up with human ideas of justice, forcing humans to suffer punishments for what wouldn't otherwise be considered crimes: a human could unknowingly earn themselves the death penalty (or worse) for picking a pretty alien flower, for example. This disparity has created an underground industry: the Disappearance service. For a price, they will help those wanted for alien crimes become Unpersons, giving them a new name, identity and home, usually forever separating them from anyone they ever knew. The system works because the Alliance can't afford to hire trackers for every Disappeared case, and so most disappearances are successful. Sometimes, however, a Disappeared needs to be found for other reasons, without arousing the attention of the law: to collect an inheritance, to be given important news, to be told that the charges against them have been dropped. This is the realm of the Retrieval Artist.

Miles Flint was a detective in the Armstrong Police force, in Armstrong Base on the moon; before that, a traffic cop, and before that a husband, father and computer security engineer, until his infant daughter died at the hands of negligent daycare workers and his wife eventually left him in the fallout. As a newly promoted detective, Flint was partnered with the sour and cynical but very competent Noelle DeRicci. The case they work together brings him into contact with the world of the Disappeared and with Paloma, a veteran Retrieval Artist. Facing the decision To Be Lawful or Good, he chooses good, resigning from the force and applying to Paloma to mentor him in the Retrieval Artist profession, then sets up shop. Over the course of the following books, Flint and DeRicci, working separately but often on related cases, find themselves at odds with threats involving the livelihood of individuals, the safety of the lunar colony, and interstellar politics.

Works in the series are: