Literature / Casebook of the Black Widowers 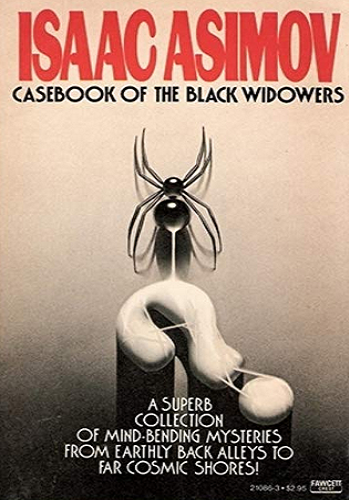 Published in 1980, this book represents the third collection of the Black Widowers written by Isaac Asimov. Most of these Mystery Fiction stories were originally published in Ellery Queen's Mystery Magazine, but three stories are brand-new, published here for the first time ever!
Advertisement:

The introduction starts off with a brief summary explaining what this book contains, and his amazement that no-one has told him to stop. It continues by pointing out that the stories within these pages are not the style that seem to be popular with the current decade. Nevertheless, Dr Asimov has been focused on providing a fair mystery that anyone might be able to solve. The rest of each story is given to good food and good conversation, and his readers seem to appreciate this greatly, and Dr Asimov appreciates being allowed to continue writing these stories.

Examples of tropes from the collection: