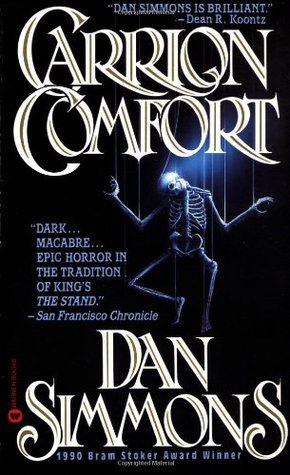 Carrion Comfort is a fantasy/horror novel written by Dan Simmons about psychic vampires that secretly control the world (or at least, as much of it as they want to).