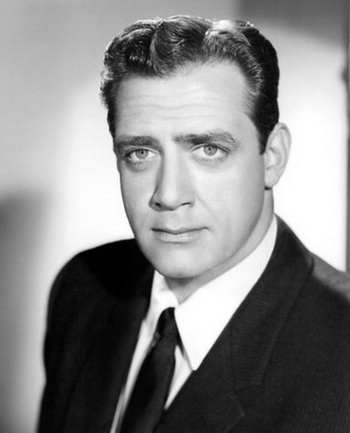 "I'm not very actorish. I don't play actor 24 hours a day. When the job is done, I go on to be myself, whoever that is."
Advertisement:

William Raymond Stacy Burr (May 21, 1917 – September 12, 1993) was a Canadian-American actor, primarily known for his title roles in the television dramas Perry Mason and Ironside. On film, his role in the Alfred Hitchcock thriller Rear Window (1954) is regarded as his best-known film role; although he is also remembered for his role in Godzilla: King of the Monsters! (1956), the Americanized version of the first Godzilla film, Godzilla (1954).