Series / The Bold Ones 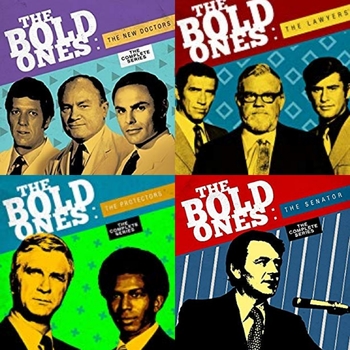 The Bold Ones was a Wheel Program that ran on NBC from 1969-1973. During each of the four seasons, the series alternated between different series, each focused on people in a different high-stakes job. The first two seasons rotated three series, the third alternated two, and the final season ran one.

The four shows that ran under the umbrella of The Bold Ones were:

The Bold Ones was notable for being a socially conscious series that confronted controversial issues (especially in The Protectors and The Senator) when most series of the time focused on escapism. The shows were highly influential, laying the groundwork for other popular procedural dramas such as ER, Law & Order, and The West Wing.

Tropes associated with The Bold Ones include: