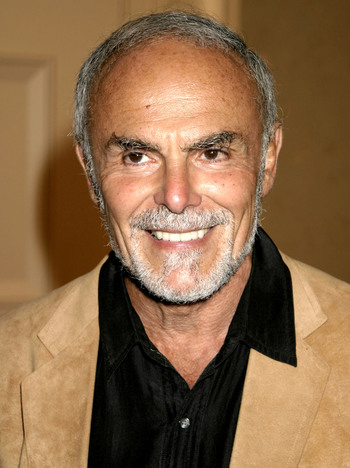 "Anything that comes along that strikes my fancy I will do."
Advertisement:

John Saxon (born Carmine Orrico, August 5, 1936 - July 25, 2020) was an American actor and martial artist who worked on more than two hundred projects during a career spanning sixty years. Saxon was known for his work in westerns and horror movies, often playing police officers and detectives.