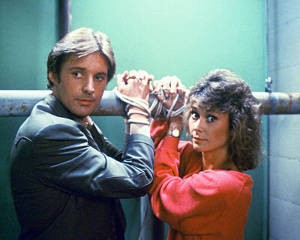 Scarecrow and Mrs. King is a Cold War-era spy series that aired on CBS from 1983–87, about a divorced housewife who, through a chance meeting, ends up working for a secret government agency. The series is built around the growing romantic relationship between secret agent Lee Stetson, a.k.a. Scarecrow (Bruce Boxleitner), and Amanda King (Kate Jackson) as they fall in love and eventually get secretly married.

As of early 2013, all four seasons have been released on DVD.