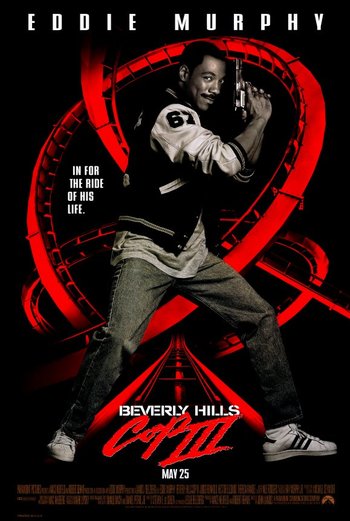 The second sequel to Beverly Hills Cop, released in 1994.

This time, Axel Foley (Eddie Murphy) is attempting to take down a car theft ring when the thieves well-armed clients shoot their way out, killing Inspector Todd (Gil Hill). To avenge his boss, Axel follows a lead to a Los Angeles theme park which is the front for a massive counterfeiting operation. Accused of the shooting of the park's owner, he enlists the help of Rosewood (Judge Reinhold) and his new partner, Jon Flint (Héctor Elizondo), to prove his innocence and get revenge on the ringleader.