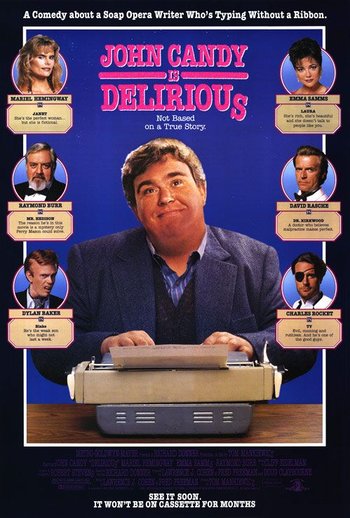 Delirious is a 1991 comedy film about Jack Gable (John Candy), a Soap Opera writer who gets trapped in his own TV show. While this would be problematic enough, he discovers his typewriter gives him Reality Warper powers within. He is also mistaken for a character named Jack Gates, a Corrupt Corporate Executive, who he was going to introduce into the show. Becoming intoxicated with the power and blinded by his crush for the actress behind the show's Alpha Bitch, he soon finds himself writing himself into the show's absurdist So Bad, It's Good plot.