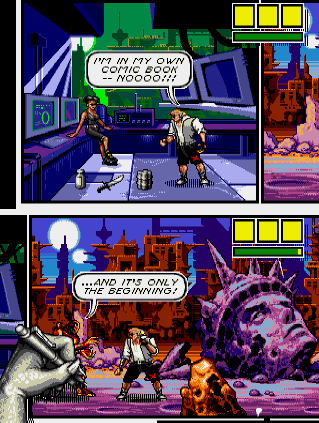 Subtrope of Trapped in Another World, but the hero has intimate knowledge of the world he's in... because he's the one that created it, perhaps moreso a variation of Pygmalion Plot. For this to have conflict, however, not everything is as it appears, he no longer has author...ity, or he didn't realize the problems he was creating, and is as bound to the rules of the world as those he created. The author might be seen as a god of his own world, and worshipped for it, or hated for the problems he made.
Advertisement: