Literature / Typewriter in the Sky 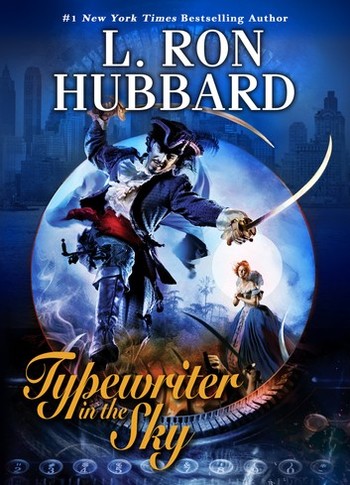 Typewriter in the Sky is a novel by L. Ron Hubbard, written in 1940 and originally published as a two part serial in the pulp fantasy fiction magazine Unknown.

After pulp novel writer Horace Hackett bases the villain of his new swashbuckling novel on his friend Mike de Wolf, Mike finds himself sucked into the novel and forced to act out the role. He struggles to survive in a strange, arbitrary and badly-written new world.