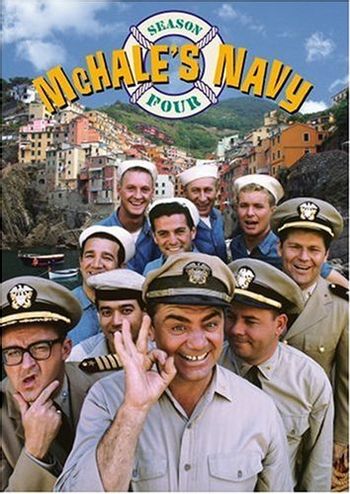 McHale's Navy is an American sitcom that aired on ABC from 1962–66, featuring the exploits of a Patrol Torpedo boat crew during World War II. Ernest Borgnine starred as Lt. Commander Quinton McHale, with Tim Conway as Ensign Charles Parker, Joe Flynn as Capt. Wallace B. Binghamton, and Bob Hastings as Lt. Elroy Carpenter.

The 1997 movie provides examples of: