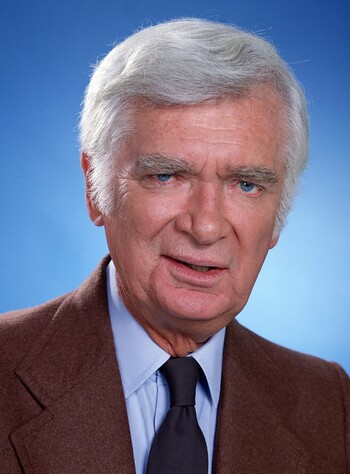 Ebsen originally began his film career as a dancer, appearing in films such as Broadway Melody of 1936, and alongside child star Shirley Temple in Captain January (1936). He was also chosen to appear in The Wizard of Oz, originally as the Scarecrow, and before filming began his role was changed to the Tin Man, but he fell seriously ill during filming due to the aluminum dust in his makeup and was forced to drop out.