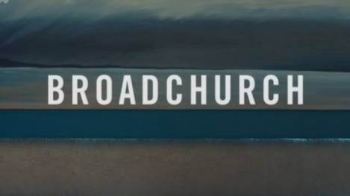 A town wrapped in secrets...
Advertisement:

Broadchurch is a 2013 8-part ITV Detective Drama, starring David Tennant, Olivia Colman, Jodie Whittaker and Arthur Darvill. In the eponymous town, 11-year old boy Danny Latimer is found dead. Recently arrived DI Alec Hardy (Tennant) leads the investigation, with the assistance of DS Ellie Miller (Colman) — despite her resentment that Hardy got the promotion that she felt was rightfully hers while she was on holiday. As they dig into the goings on at the apparently quiet seaside town, a lot of skeletons start falling out of closets.

Behind the scenes, the show appears to have been a bit of an unofficial Doctor Who reunion — in addition to Tennant (the Tenth Doctor), it also features Arthur Darvill (Rory), Eve Myles (Gwen from Torchwood) and several other actors (including Colman) who have guest starred on Doctor Who. In addition, its writer Chris Chibnall (co-producer and head writer of Torchwood's first two series) was later confirmed as the new showrunner for Doctor Who beginning with series 11 in 2018, and Jodie Whittaker was later cast as the Thirteenth Doctor, to start at the same date as Chibnall.

Fox aired an American adaptation of the series, titled Gracepoint, with David Tennant reprising the role of the lead detective (though oddly enough, he's also one of the few characters whose name was changed) alongside Anna Gunn as his partner, with Michael Pena, Nick Nolte, and Jacki Weaver among the supporting cast. A French remake set in Corsica titled Malaterra has also been made.