Series / The Brontës of Haworth 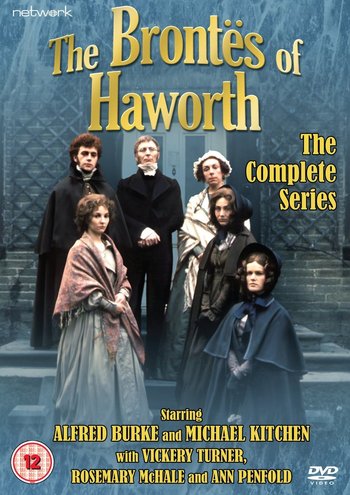 A 1973 Mini Series about the lives of the Brontë sisters, their brother, and their father. Written by Christopher Fry, it aired originally on Yorkshire Television. It stars a young Michael Kitchen as Branwell Brontë, Alfred Burke as the Rev. Patrick Brontë, and Vickery Turner, Rosemary McHale, and Ann Penfold as Charlotte, Emily, and Anne Brontë respectively.
Advertisement:

The series follows the Brontë siblings from their childhoods up until their early deaths.

Branwell has high hopes of success in the literary world, but multiple misfortunes cause him to plummet into alcohol and drug abuse. His sisters, meanwhile, are penning what will become some of the greatest works in English literature.