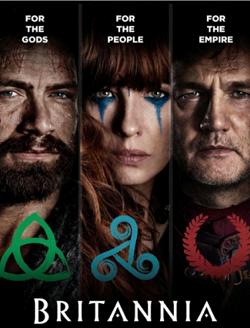 Set in 43 AD, it follows the Roman army led by Aulus Plautius (Morrissey) as The Roman Empire launches an invasion of the island of Britannia, a mysterious land occupied by savage warriors and powerful Druids who claim to channel the powerful forces of the underworld.

Three series have aired so far. Amazon bowed out after the first series, while Epix joined to co-produce the third series with Sky, having aired the first two series in anticipation of the third.