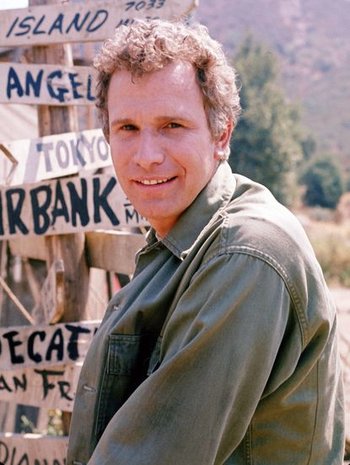 William Wayne McMillan Rogers III (April 7, 1933 – December 31, 2015) was an American actor and producer, best known for playing the role of Captain "Trapper John" McIntyre in the first three seasons of M*A*S*H. He also appeared in films such as Cool Hand Luke and even cowrote the screenplay for The Astro-Zombies.

A successful investor and money manager, Rogers was in his later years a panelist on the Fox News financial program Cashin' In.

He was married to Mitzi McWhorter and Amy H. Rogers, and had two children with McWhorter.