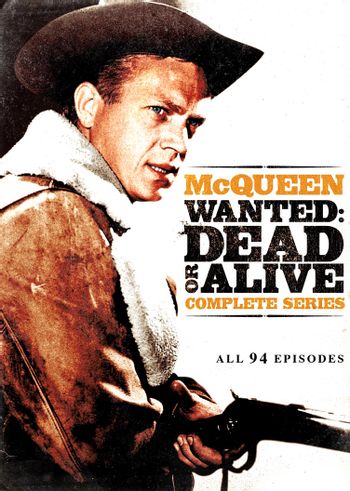 Wanted: Dead or Alive is an American Western television series starring Steve McQueen as the bounty hunter Josh Randall. It aired on CBS for three seasons from 1958-1961. The black-and-white program was a spin-off of a March 1958 episode of Trackdown, a 1957-1959 western series featuring Robert Culp as a Texas Ranger named Hoby Gilman.

McQueen's character of Josh Randall is a Confederate veteran and bounty hunter with a soft heart. He often donates his earnings to the needy and helps his prisoners if they have been wrongly accused. Randall carries a shortened Winchester Model 1892 carbine, called the "Mare's Leg", in a holster patterned after "gunslinger" rigs then popular in movies and television.

The 1987 film of the same title is a Setting Update of sorts starring Rutger Hauer as Randall's great-grandson, who is also a bounty hunter.