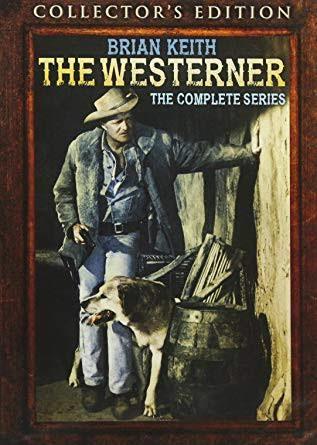 The Westerner is a highbrow American Western series that aired on NBC from September 30 to December 30, 1960. Created, written and produced by Sam Peckinpah, who also directed some episodes, the series was a Four Star Television production. The Westerner stars Brian Keith as amiable, unexceptional cowhand/drifter Dave Blassingame.

Dave Blassingame was a basically decent, ordinary man who was handy with a gun and his fists. A cowboy and drifter, he could sometimes behave amorally in his quest to get enough money together to buy his own ranch, but always did the right thing in the end, and remained true to himself.

The Westerner is generally regarded as the first 'adult' western on television. Its grittiness, moral ambiguity, and complex plots set it apart from most other westerns. Sam Peckinpah, the creator of the series, insisted that the actors clothing were convincingly aged and grungy. Blassingame would not be riding into town after crossing a hundred miles of desert in a neatly pressed outfit. The saloons he frequented would not be the generic Hollywood mock-ups of every other TV western; they would be real, so real that the people at home could smell the stale beer on the floorboards, the sour stench of tobacco juice in the spittoons. After the series was canceled by the network executives, Sam Peckinpah and Brian Keith were both suggested to continue the show but with a softer approach for larger audiences, for kids. Both men told the producers to go to hell.

Tropes in The Westerner include: