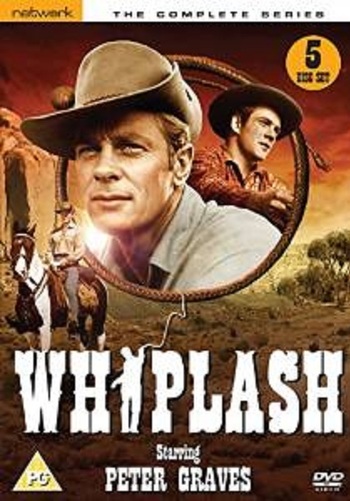 Whiplash is a British/Australian TV-series that ran for one season and aired between February 18, 1961 and October 14, 1961 in Australia.

Peter Graves starred as stagecoach company owner Chris Cobb and the series featured his adventures in the constant struggle against bushrangers, Aborigines and competitors during the country’s formative years.

Writers for the show included Gene Roddenberry and James Clavell.