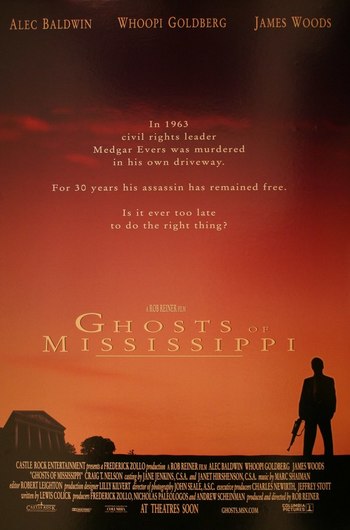 "I don't know if I'm going to heaven or hell. But I'm going from Jackson."
— Medgar Evers
Advertisement:

Ghosts of Mississippi is a 1996 film based on the true story of the trial(s) of Byron De La Beckwith for the 1963 assassination of Civil Rights leader Medgar Evers.

Filming also took place almost immediately after De La Beckwith was found guilty in 1994 and was filmed in Jackson at many of the actual locations. Byron De La Beckwith himself was sitting in jail just a few blocks away while filming was taking place.

Despite all of this, the film was not a success.